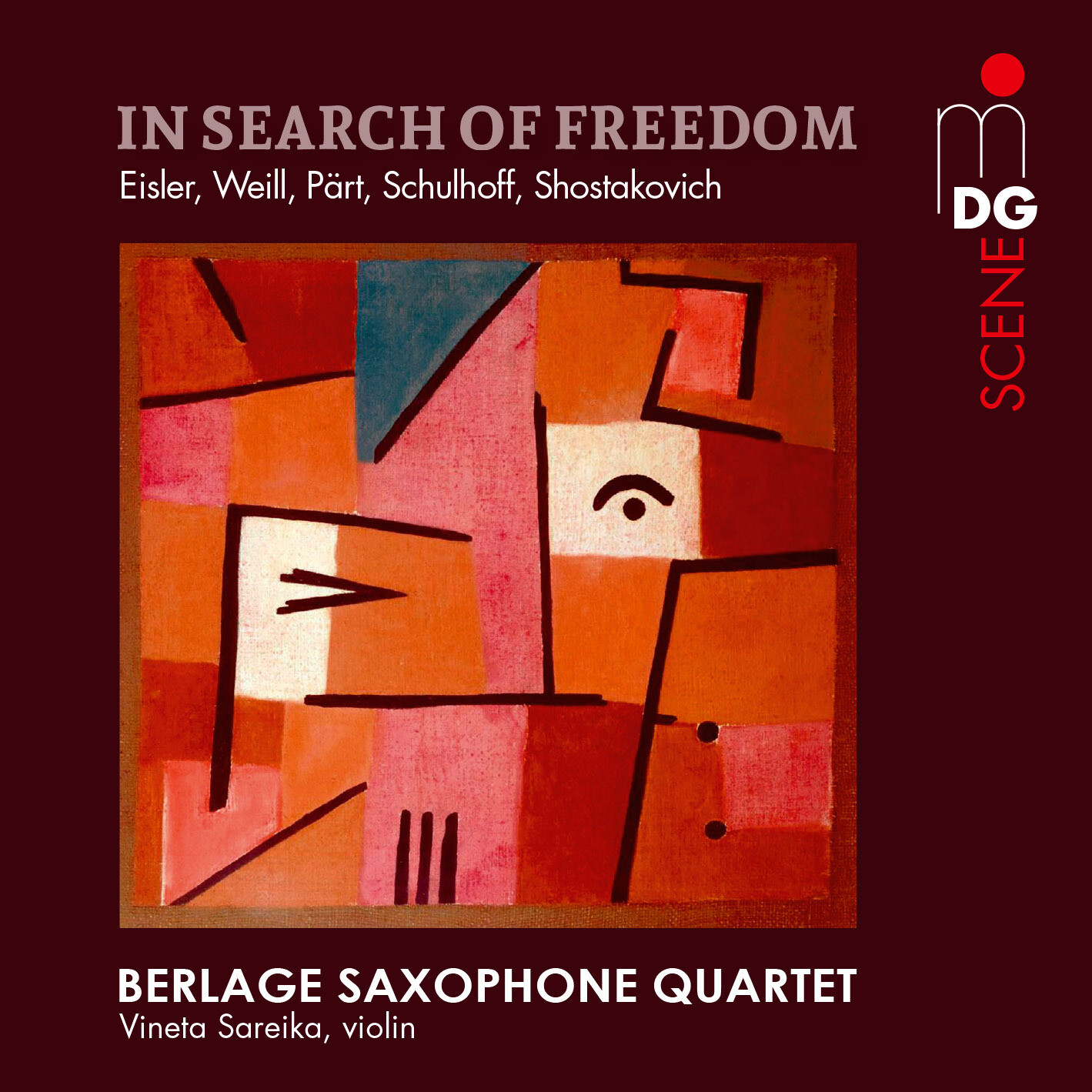 Five famous composers who found themselves ad odds with the political circumstances of their times produced key works of great intensity viewed here from a completely new perspective in these arrangements for four saxophones. In Search of Freedom advocates the freedom of art, which manages to survive even in situations of limited personal liberty. For various reasons Hanns Eisler, Kurt Weill, and Erwin Schulhoff fell into disfavor under the National Sociality regime. They sympathized with the Communist Party, some of them were of Jewish background, and they composed ''degenerate music'' - which in Germany had no future. While Weill and Eisler were very successful as exiles in the United States, the former on Broadway and the latter in Hollywood, Schulhoff got caught between the fronts and died in a concentration camp. Songs from Weill's Threepenny Opera and Eisler's Suite No. 6 are heard here along with Schulhoff's Five Pieces for String Quartet, which as a suite of popular dances ranging from the waltz to the tango seems to be quite remote from teh political sphere. Arvo Part earned his place of dishonor on the index of the Soviet authorities when he turned to music of religious and meditative character. Dmitri Shostakovich's dealings with the Soviet state apparatus were very ambivalent. It continues to be debated whether even his celebratory compositions were not perhaps already intended as caricatures.

Save this product for later
Display prices in: EUR